Sooooo,I have been nominated for the future challenge by Abhijit and Sowmya.
Thanks a bunch, you both. :*
Check their blogs out,you all. “Fascinating” stuff,you will find.*chuckles*
I have no freaking idea what’s expected of me here,even though I have come across more than a couple of such posts in the last couple of days. So,I am just gonna try,you know. I remember a couple of categories, though. I will include those and hope for the best, yeah? *sheepish smile*
So,here goes nothing.

❇Job. *sighs* Well, I still haven’t figured out what I wanna do after graduation. I can go with MBA or I might try Masters in Economics. And till I don’t figure that out,I can not even begin to guess where I might wanna work. Totally different fields open up after either of the options. But what I do know is,I wanna work somewhere/with something interesting, and I wanna work at a place which pays well. I am not beating my head against the walls that is economic honors for nothing. *smirks*

❇Travel. I have always loved to travel. I have been to most places in India,as I have mentioned a couple of times before. I wanna revisit a couple of these,and the remaining ones,too. And I know I will in the next few years. Have I mentioned I have the best parents in the whole damn world,hands down? They are already planning a trip to Goa, one of the revisit locations, as the first time I visited was when I was, like,4. -.-
So,this is gonna be true. No doubt. I will get to fulfill my travel goals,and then some.*grins* 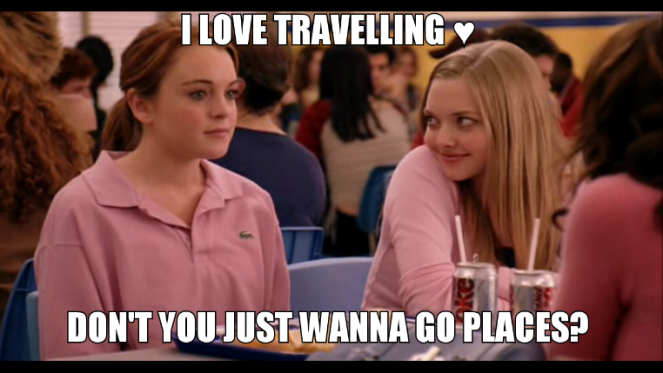 ❇Settling down and kids? *Snorts* Sooo,I think most of you know I don’t believe in love. And I am one of those people who claim they aren’t going to marry ever. So,obviously, there’s no point in discussing this. But my mumma begs to differ. She says people who claim they aren’t going to marry, end up announcing their marriage in the most unexpected ways and times. Soooo,the gist of this^ is,I have no freaking idea about what would happen in my life under the “settling down” category. And I won’t even try to guess. Because I strongly believe in my opinion, and my mumma’s always right. So,you see the conflict?

❇Behavioral issues. I have temper issues. And I am,supposedly,arrogant. And ego problems. And not a very adjusting person by nature. And bitchy at times. And control freak. And…stuff. So, people say, you will change as you grow up. Who else has heard it before? *Snorts* And I say,I kinda love me the way I am. I don’t wanna lose these “bad behavioral problems”. They make me who I am. They define me,in a way. Does that make sense?

Anyway, let’s see what happens. Hopefully Wanderingviolet will still be active when these “predictions” turn out to be true or false and I will tell you all about it.*winks* 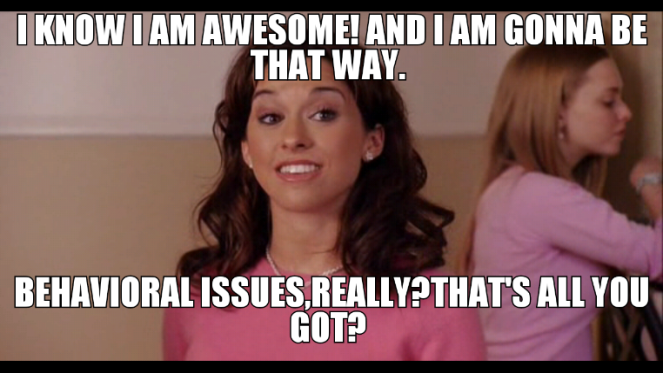 ❇ Writing and all that. This is random. Like, totally random. But maybe, just maybe, I will be an actual writer in my future. After I improve my writing skills drastically.-.-
Even though reading has always been my “LOVE”,I just might be writing something epic all the years later,and you people will be like,”We knew her before she was famous, you know. She wrote non-sensical,lame stuff on a blog all those years ago. Now see,where she has got to. She’s going places,ya!”
Just a totally random, out-of-the-blue thought. I don’t intend to be a writer, as per say. But I just couldn’t think of another category. So,that.*wiggles her tongue at the screen*

Sooooo,my certainly uncertain future predictions. Let’s see, what future has in hold for Wanderingviolet a.k.a “A”.*winks*

Nominations:
M(Muskan)
Ada(Shubhada)
Bhanu
Rules are,there are no such rules. Just that, link the blogger who nominated you. It says,thank the blogger,too. I say,ignore this one. Totally upto you. Wanna thank me still?Go ahead. *grins* And stating 5 future predictions about the catastrophe that’s going to be your life in the next few decades,nominate a couple of bloggers, or more for the same. The categories can be anything. You can take the categories I used,or something entirely different. Totally your call.
If you have already done this, ignore, ignore, ignore!*smirks*

Note:I am taking the like button off all the award and nomination posts I am gonna post now. I was nominated for these more than a couple of months back. I don’t think my “witty” and “interesting” responses deserve a like after I procrastinated on these for so long.:/

"Her words were the best pen portrait she could ask for- laced with fire and passion, hiding secrets and overactive imagination, weighing her diary down with ink fashioned with emotions and expressions- they told her story like it was- curling edges because of overuse and memories as a bookmark, holding the place in time she visited over and over again." View all posts by A